This challenge is designed to be an introduction to GBA reverse engineering and an exploration of emulation tools. Text is printed off-screen, which the player must view by using tools built into emualtors like mGBA.

The GBA emulator recommended for this challenge is mGBA, but any GBA emulator with debugging tools should work as well. 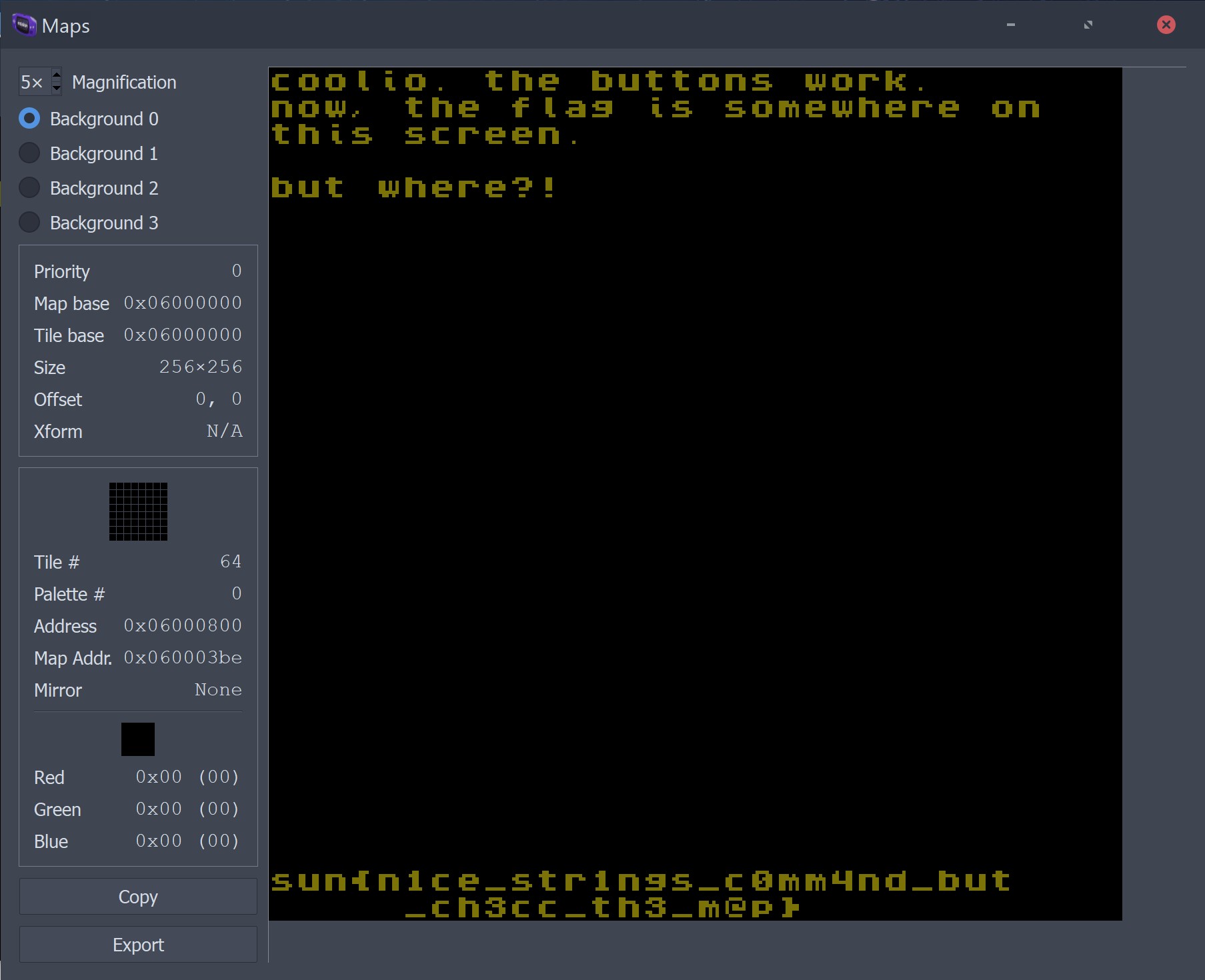 Now, why does this work? For that, let’s look at how GBA graphics work.

There are a total of six modes: three tile modes and three bitmap modes. For us, the former is what we care about. The tile modes allow us to use sprites and place them anywhere on the screen, including off the screeen. But why would we ever put anything off screen? For scrolling. Think of how Super Mario Bros. scrolls to the right: that’s a hardware feature on the GBA!

So, I wrote the flag outside of the visible part of the screen. Many emulator debugging tools, such as mGBA’s allow users to view everything on the current map, including what’s off screen. This makes it possible to view the flag without having to manipulate the scrolling registers.

Alternatively, players may manipulate the register responsible for scrolling directly. This is handled by address 0x4000012 (scroll BG0 vertically), which emulators can also write to.

For more information on tile maps, you can read this article.

There is an embedded hint in case a user decides to run strings on the ROM. This will yield a partial flag with the hint “check the map” nearby. Due to how the challenge is written, it may be possible to guess the full flag without executing the ROM (such as using static analysis in tools like Ghidra), but that’s no fun, now, is it?

This challenge was written using the devkitPro GBA SDK and the HeartLib helper library, which massively assisted in the development of this challenge. If you wish to compile this challenge for yourself, peek at the C code powering it, or even use it to base your own GBA development endeavors, the source code can be found on the SunshineCTF GitHub.